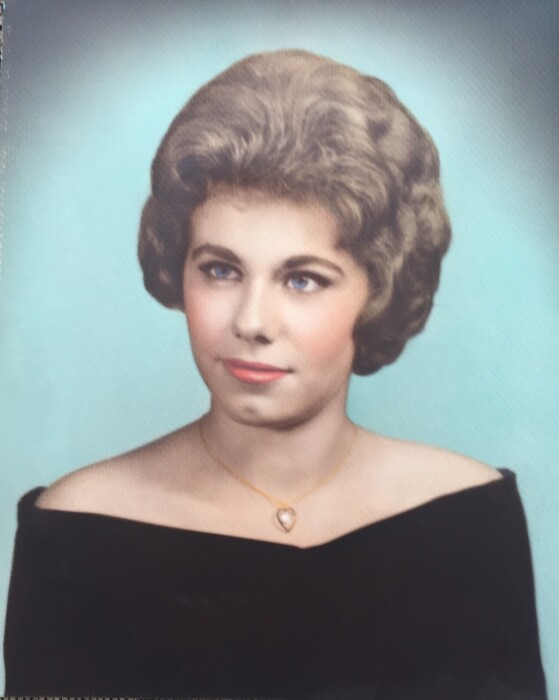 Victoria O’Connell, 77, of Somerville, NJ died Wednesday March 11, 2020 at Robert Wood Johnson University Hospital in New Brunswick NJ.  She was born on January 23, 1943 in Brooklyn New York to her late parents Doris (McGuire) and Victor Durler.  In 1968 Victoria married the love of her life, the late John W. O’Connell (2000) and together they settled in East Brunswick, New Jersey.  A talented artist, Vicki worked as an advertising graphic designer for NBC (30 Rock) and then for Greater Media Newspapers in East Brunswick.

Vicky and John were very active in the Irish heritage community in New Jersey, including ceili dancing, Irish language classes, and playing Irish music. Vicky played the bodhran (Irish drum) in seisiuns all over NJ and NY.  She was a two-time Grand Marshall of the Somerville St. Patrick’s Day Parade. She co-hosted the Irish music radio show on WRSU (Rutgers University radio station) for many years, and occasionally announced the radio broadcast of the parade.  She was active in the Tara Association, and, with John, was associated with the Ancient Order of Hibernians.  Vicky spearheaded the Irish Children’s Christmas Fund’s annual toy drive in cooperation with the Society of St. Vincent de Paul in Northern Ireland.

Vicky would later settle in Somerville NJ and resided there the past 20 years where she is survived by her son Michael O’Connell (wife Amy) and grandsons Brendan, Callahan, and Aidan. In Highland Park, she will be sorely missed by her daughter Meghan Pirri and her grandchildren Ava and Sean. She is also survived by her only sister, Virginia Breese.

Vicky had a natural, “gift of gab,” and enjoyed conversing with anybody, anywhere. She loved animals and had many pets over the years, especially cats. She was particularly fond of sheep, flamingos and puffins.  Victoria was a cheerful and giving person who loved living life to its fullest. She enjoyed completing the New York Times Sunday crossword puzzles (in pen, up until she was able to solve it on her phone the night before).  She was a devoted wife, mother, Nana,

A Memorial Service with family and friends to celebrate Vicky’s life will take place at a later date.  Please check the website www.somervillefuneralhome.com or contact the Somerville Funeral Home 10 West End Avenue Somerville NJ at 908-725-2079 for updated information.

We also encourage you to leave messages for the family or memories of Vicky under the appropriate link at the above website.

“ALWAYS IN OUR HEART”

To leave a condolence, you can first sign into Facebook or fill out the below form with your name and email. [fbl_login_button redirect="https://cuocofuneralandcremation.com/obituary/victoria-o39connell/?modal=light-candle" hide_if_logged="" size="medium" type="login_with" show_face="true"]
×