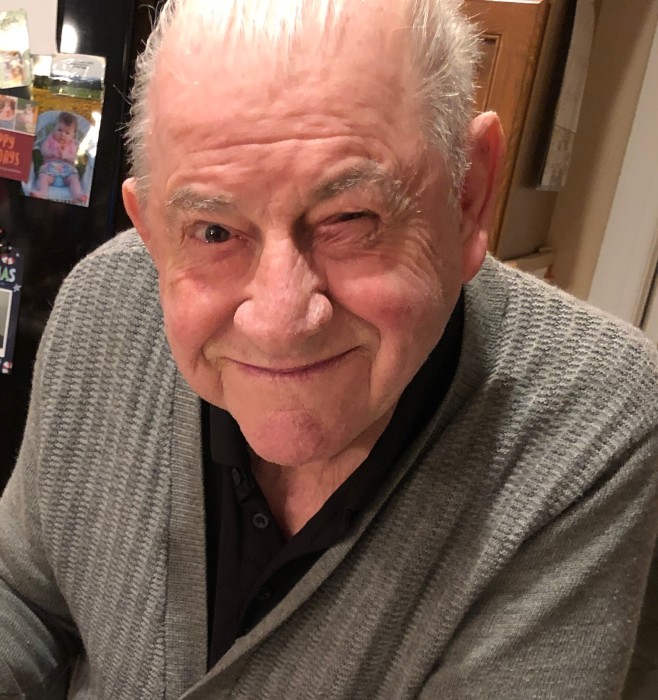 Tom, always affectionately known as Grandpa to friends and family alike, was born on April 10, 1930 in Franklin, NJ.  He was raised in Ogdensburg, NJ until age 8 when he moved to Hamburg, NJ later attending Roxbury high school.  Growing up, Tom worked long days on the family farm which was located alongside the Wallkill river.  Tom worked with his father to build a dam, create a lake and build a farmhouse on the property.  Tom had many great stories about growing up on the farm.  His favorite was how one day, when he was 10 years old, he had the unfortunate luck of running into a bees nest.  The bees had stung his face so badly and he became so swollen that even his mother did not recognize him when he came home.  After that day, he bragged about how a bee stung never bothered him again.

Tom attended Rutgers University, graduating with a Bachelor’s degree in Arts & Science.  In order to pay for the 4 years at the University, Tom would often come home to work at the family Tavern and build log cabins in the surrounding area.  After Rutgers, Tom would go onto attending NYU full time at night on a full scholarship, all while working full days at a carpentry company.  For 3 years he took the Morris Plains to Hoboken train and Ferry to NYC, catching the last Ferry at 11:10pm.  Tom was heavily dedicated to continued learning, emphasizing the importance of education to his children and grandchildren.  Even after graduating NYU, he would continue to take seminar classes at Penn University whenever he had a chance.

Tom dedicated his entire career working at Ethicon, JNJ.  He started as a cost accountant, moved into data processing, was eventually promoted to plant manager and retired at age 57 as the Corporate Director of Materials Management.  Tom continued to work in retirement for a CPA earning enough to put his grandchildren through college.

Tom’s most cherished memories were spending time with his friends and family.  He loved taking everyone to play mini golf, the movies and lunch or dinner at the Chimney Rock Inn in Bridgewater, NJ.  Trips to sporting events were forever one of his favorites as well.

Our prayers & wishes are with you, we love you forever and a day.

A visitation and celebration of Tom’s life will take place on Sunday, September 8, 2019 from 4:00pm-6:00pm at the Funeral home.  Graveside service will be held at Franklin Memorial Park in North Brunswick, NJ on Monday, September 9, 2019 at 12:30.

"ALWAYS IN OUR HEART"

To leave a condolence, you can first sign into Facebook or fill out the below form with your name and email. [fbl_login_button redirect="https://cuocofuneralandcremation.com/obituary/thomas-k-fulton/?modal=light-candle" hide_if_logged="" size="medium" type="login_with" show_face="true"]
×