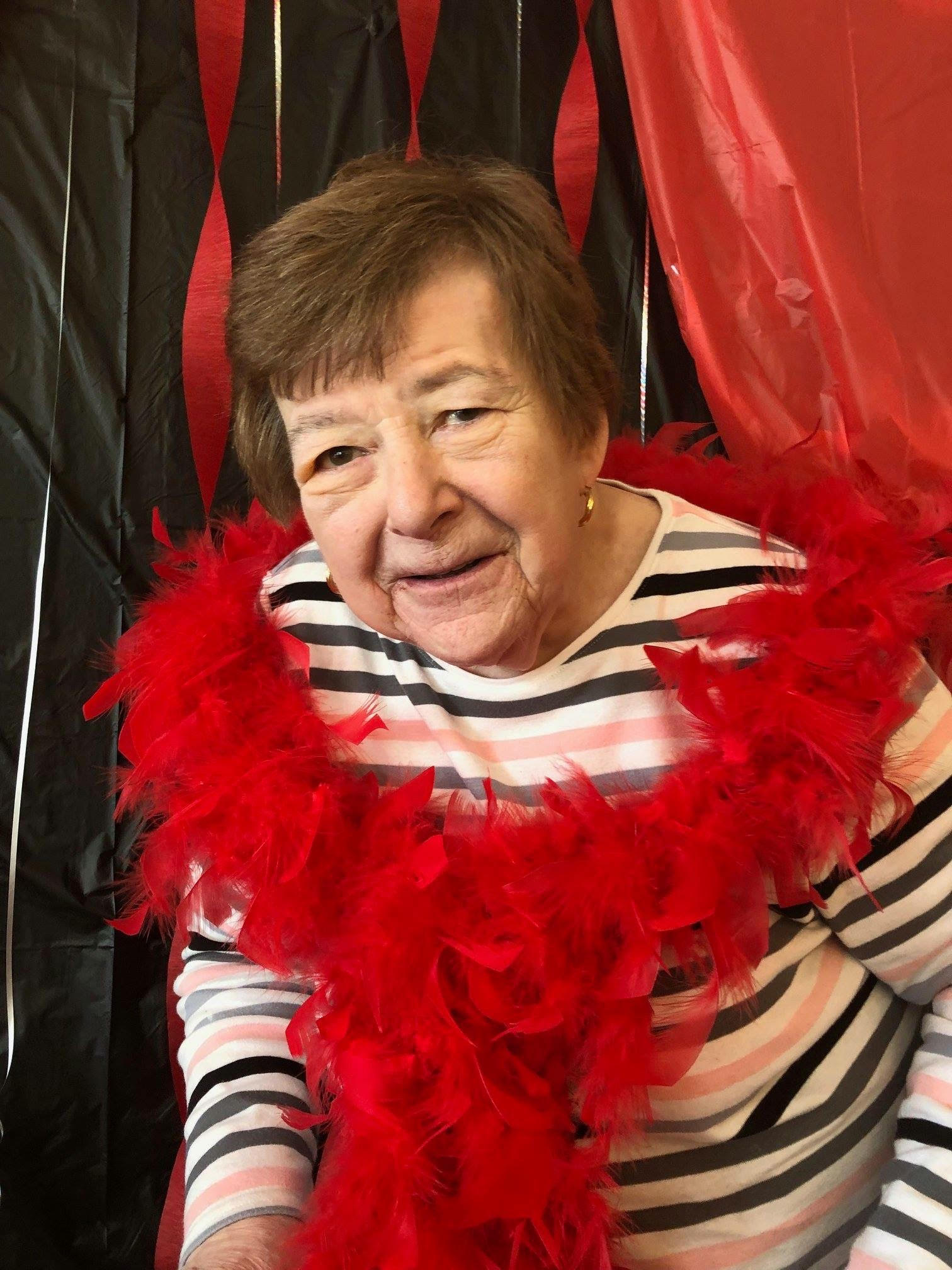 Hillsborough NJ
Lucille Mazzucco, age 79, passed away peacefully on Sunday morning August 7, 2022
at All American Assisted Living in Hillsborough NJ. She was born in Queens, New York
on March 13, 1943 to her late parents Johanna Gey and John Petrino.
Lucille grew up in Astoria NY attending Julia Richmond all girls High School graduating
in 1961. After graduating high school she volunteered for Astoria Volunteer Ambulance
Corps in Queens, NY. Lucille became a mother to her only child Barbara Ann in 1966.
In 1976 Lucille and her daughter moved to New Jersey and settled in Raritan Borough.
Lucille married the late Theodore “Ted” Mazzucco on December 9, 1979. Lucille would
reside in Raritan until moving to Hillsborough, NJ in 2006. Lucille worked for many
years as a secretary for AT&T. She was an avid New York Yankee fan and loved to
watch the games on TV. Lucille enjoyed bowling, playing softball, crocheting and
playing pinochle with friends. She especially loved to play bingo and took it seriously
even if the prize was only for a piece of candy. One of Lucille’s favorite past times was
scratching lottery tickets. She would often ask her family when they went out to pick her
up some scratch offs. She enjoyed traveling with family and friends and took numerous
vacations with her grandchildren.
Lucille always asked her family how she could be a stronger person. She was a strong
person. She was diagnosed with Parkinson’s disease over 20 years ago. Even though
the disease broke her down she did not let it defeat her. She got up everyday and did
her exercises to make her body move and fought it galently till the end. Verbally she
would ask how she could be stronger but her actions of fighting such a debilitating
disease showed how strong she really was. Lucille was described by friends and family who knew her as a stubborn woman with a heart of gold. She was never hesitant
to say what was on her mind. In September of 2018 Lucille moved into All American
Assisted Living in Hillsborough, NJ. During her time at her new residence she made
numerous friends and enjoyed the daily activities that were available for her. Even as
she struggled with her Parkinson’s issues she continued to enjoy playing bingo, bowling,
glee club, socials and other events at the Assisted Living. She was very thankful for the
special people of All American who worked to make her life as easy and enjoyable as it
could be. Her family also thanks these individuals who really cared and loved Lucille.
Lucille was a generous, caring and loving mother, grandmother, great grandmother, and
friend to many. She will be missed by all who knew her.
Lucille is survived by her daughter Barbara Ann Ciesla (Mark) the joys of her life, her
grandchildren Katrina Troxell (Casey) and Sean Ciesla, and her great granddaughter
Willow Rae Troxell. As well as three bonus children, Jeffrey Mazzucco (Treasa), William
Mazzucco (Cheryl) and Angela Manzo (John). And step-grandchildren, Desirae
Mazzucco, Mariah Stevens (Johnny), Tabatha Mazzucco, Michael Mazzucco, Jr., Tarah
Mazzucco, Robyn Torsiello (Chris) and Mitchell Mazzucco.
Lucille was predeceased by her husband Theodore “Ted” Mazzucco September 2005, a
grandson Justin Ciesla, stepson Michael Mazzucco, Sr. and her parents. .
.
A viewing will take place on Thursday August 11, 2022 between 5:00pm and 8:00pm at
Cuoco Funeral and Cremation Services 10 West End Avenue Somerville NJ . A
Viewing will also take place on Friday August 12, 2022 between 9:00am and 10:00am
at the funeral home followed by a Mass of Christian Burial, 10:30am, at Mary, Mother of
God Catholic Church S. Triangle Road Hillsborough, NJ. Burial will follow at St. Bernard
Cemetery Rt 28, Bridgewater, NJ .
In lieu of flowers donations can be made in Lucillle’s name to michaeljfox.org

To leave a condolence, you can first sign into Facebook or fill out the below form with your name and email. [fbl_login_button redirect="https://cuocofuneralandcremation.com/obituary/lucille-mazzucco/?modal=light-candle" hide_if_logged="" size="medium" type="login_with" show_face="true"]
×