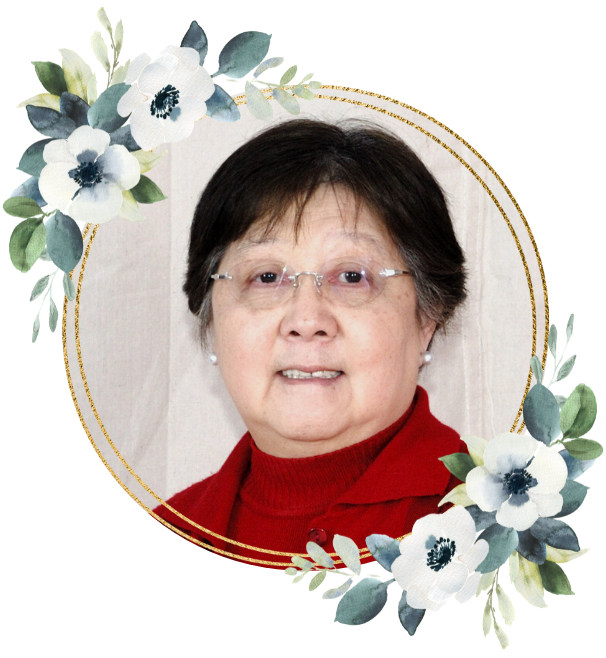 Kemei was born in 1941 in Shanghai to parents Theodore and Marie Mah. She graduated from Tongji University in 1964 where she studied material engineering and also met her late husband, Ji Zhao. During the Cultural Revolution, her parents and three younger siblings emigrated to Hong Kong, and Kemei remained in China. She and Ji got married in 1967 and later gave birth to their only son, Jackson. The whole family eventually moved to Hong Kong in 1979 where they happily worked and lived for twenty years. A sudden tragedy left Kemei’s husband paralyzed and in an unresponsive state before finally passing away in 2002. A year later, Kemei decided to move to America to be closer to her son and grandchildren.

While in Beijing, Kemei worked as an engineer in the Transportation Research Center; however, it was not until she moved to Hong Kong that she discovered her true gift and passion – teaching. Having lived and worked in Beijing meant she had impeccable command of Mandarin and so she was hired by many high government officials and business executives to tutor them. It wasn’t unusual for her to be stopped and greeted by her students whenever she walked through Central in Hong Kong.

After emigrating to America, Ma Lao Shi (Teacher Ma) continued to teach in Chinese School but mostly changed her focus to helping care for her grandchildren, whom she loved dearly. Kemei also started to attend church and accepted Christ in 2005.

Those who knew her would describe her as warm, friendly, and incredibly caring. Even as a child, she often put other’s needs before her own, never wanting to be a burden to others. Whenever she met someone, she greeted them with a big smile that made people feel welcomed, seen and accepted. She was a true joy in every community she was a part of.

Kemei is survived by her son and daughter-in-law, Jackson and Joyce; three grandchildren, Adelaide, Kate, and Samuel, along with her three siblings, Margaret, Marilyn and Cornwell.

In lieu of flowers, donations can be made to Jackson, Kemei’s son; or to Kemei’s church, Cornerstone Christian Church in Somerset; with the memo: “In Memory of Kemei Ma”.

To leave a condolence, you can first sign into Facebook or fill out the below form with your name and email. [fbl_login_button redirect="https://cuocofuneralandcremation.com/obituary/kemei-ma/?modal=light-candle" hide_if_logged="" size="medium" type="login_with" show_face="true"]
×