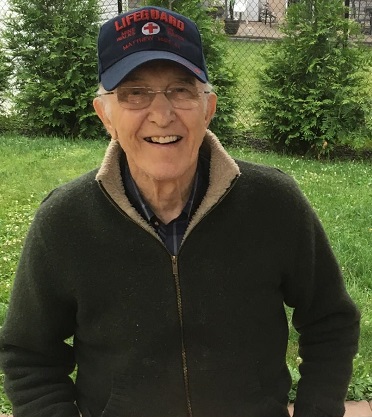 Emil Healy 84, died peacefully on Wednesday, April 10, 2019 surrounded by his loving family.  He was born on June 22, 1934 to his late parents Anna and Peter Healy in Utica, NY and raised in Newark, NJ. Emil was a graduate of Central High School Class of 1952 in Newark, NJ.   In 1956 Emil graduated from Bob Jones University in South Carolina and in 1961 completed his Master of Divinity Degree in Elkins Park, Pa. He was a full time Pastor in Baltimore, MD until March of 1963 before moving back to NJ where he was a teacher of Industrial Arts in Bayonne, Elizabeth Port and from 1973 in Old Bridge, NJ. He also administered the high school co-op program in Old Bridge, NJ before retiring in 2001.  Emil volunteered and made a career helping students of all ages.  He was a church volunteer leader for high school and college youth ministry and a weekly guest preacher in both New York and New Jersey.  Emil was a director and life guard who taught swimming at the Clifton and Westfield YMCA.  He was an avid sports fan who played on the Little League baseball team, “Pygmees”, was a semi-professional baseball pitcher who admired Mickey Mantle and an avid New York Yankees fan.   Emil enjoyed woodworking, especially spending his spare time in his workshop making clocks.  He will be sadly missed by family and friends.

"ALWAYS IN OUR HEARTS"

To leave a condolence, you can first sign into Facebook or fill out the below form with your name and email. [fbl_login_button redirect="https://cuocofuneralandcremation.com/obituary/emil-healy/?modal=light-candle" hide_if_logged="" size="medium" type="login_with" show_face="true"]
×