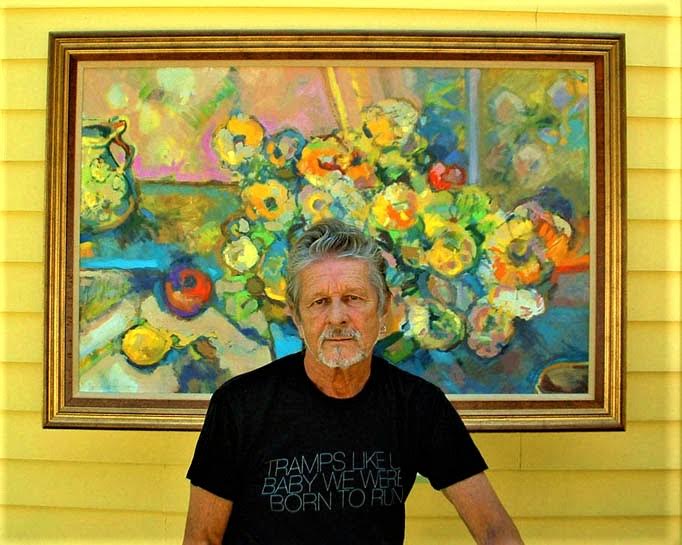 SOMERVILLE- It is with great sadness to announce the passing of William Urban, Jr. who died on Friday, September 30, 2022.
William Urban, Jr. was born in Livingston, N.J. and spent part of his life in Livingston, N.J. where he was a successful member of the track team for Livingston High School winning numerous interstate competitions. His passion and talent for the visual arts progressed in his studies at Pratt Institute in New York and led him to a productive career in art advertising for which he received several professional awards.
He exhibited his artistic energy and talent through a variety of media including oil paintings, stained glass, and dichroic glass jewelry, many of which were displayed and sold in galleries here in New Jersey. Bill was a true craftsman creating many woodworking pieces, decorative arrows, and stained glass panels. He was proud of his precision and creativity in every piece.
In retirement, after surviving several major health issues, Bill worked as a painting instructor and received many compliments for his ability to guide participants in a relaxing and reassuring manner. He enjoyed the tactile and social aspects of many interests beyond the arts including bow hunting and gardening.
A loyal friend, supportive husband, animal caretaker, and understanding father were evident and ongoing throughout his life. Bill is survived by his wife, Jean Pacifico, his four children from his first marriage; Len, Heath, Jessica, and Brenda, and his granddaughter, Elizabeth.
Visitation will take place on Tuesday, October 4th from 4-7pm at the funeral home of Cuoco Funeral & Cremation Services, 10 West End Avenue, Somerville, N.J. (908) 707-2058. Funeral services will take place on Wednesday, October 5th beginning with a visitation from 10-11am followed by a prayer service at 11am in the Funeral Home. Burial at St. Bernard Cemetery, Bridgewater, N.J.

To leave a condolence, you can first sign into Facebook or fill out the below form with your name and email. [fbl_login_button redirect="https://cuocofuneralandcremation.com/obituary/william-joseph-urbam-jr/?modal=light-candle" hide_if_logged="" size="medium" type="login_with" show_face="true"]
×